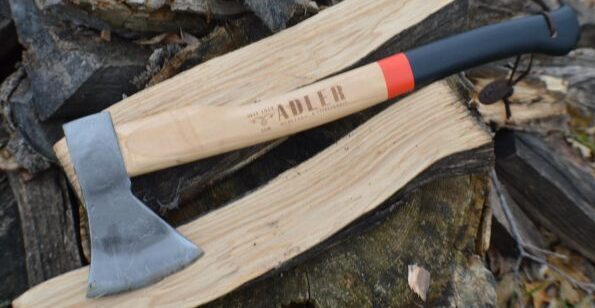 I’m not sure if it’s a New(?) Ebay Scam but it’s a slick one! While I haven’t sold on Ebay for several years, I got caught up in this one anyway.

I received an order through the storefront for an axe. The buyer asked the axe be shipped to a friend in another state. It’s not an unusual request but I typically won’t ship to an address other then the buyers address. I’ve been bit a couple times by that scam in the past. Unfortunately, I shipped to the second address due to the relatively low dollar value risk. A week later I got a notice the credit card charge was being contested as the card was stolen.

When I contacted the recipient, he claimed he had purchased the axe through Ebay. After a bit of back and forth we figured out that he had indeed purchased the axe from an Ebay seller. The Ebay seller didn’t actually have the axe so the seller placed an order through my store to fulfill his sale and paid for it with a stolen card. The Ebay seller even gave the buyer a price about 10% below my store price to seal the deal.

What sucks is my hands are somewhat tied as the buyer paid his money and received his axe. With Ebay in the middle of the deal it gets a bit sketchy as to who owes me. It all depends on how aggressive Ebay is about recovering the funds as the Ebayer has ‘disappeared’. So far, we’ve found out the same seller pulled this with a total of 3 dealers and three buyers for the same product. (I just found out the seller is being pursued by Ebay for fraud.) It’s amazing how many people sell stuff on Ebay they don’t even have in their possession (but hope to have)!

It amazes me how creative some of these thieves are and how difficult it is to recover your loss. Our local WalMart has an assigned parking spot near the front entrance for Law Enforcement. And it isn’t to make for easy shopping! Its frustrating that a lot of the theft isn’t even prosecuted. Sadly, if it’s a couple $100’s it’s not even worth pursuing. Considering the paperwork, time involved, court costs and the fact that law enforcement and the courts have bigger fish to fry, it just becomes a cost of doing business.