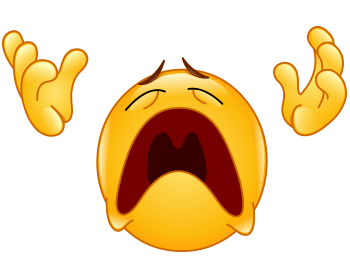 While internet businesses continue to expand, online selling gets tougher and tougher. There are a lot of advantages to selling online as opposed to having a brick and mortar storefront. I know as I’ve done both. For nearly 10 years I owned a brick and mortar sporting goods store before arriving at where I am now.

In those 10 years there were ups and downs. The downs finally forced me to close the brick and mortar store. The problems were we were burglarized 5 times in a span of 6 years. Add to that the SBA loan interest that financed the operation hit an all time high of almost 20%. And of course by the mid ’80’s Walmart invaded the upper midwest and priced a lot of the small mom and pop businesses out. It was tough.

After closing the B&M store, I spent a few years as manufacturers rep for different sporting goods lines and spent some time as a sales manager for a start up apparel business. While I enjoyed the experiences, I fell into buying and selling the used knives from the TSA knife sales.

Every job/business has its ups and downs and nothing is static…for long. When I started selling online around 2003 it was a bit like the wild west. Ebay was a whole lot looser regarding what you could sell. Ivory handled knives, gun parts, you name it. Then we started getting a conscience. We couldn’t offend anyone’s sensibilities and had to be more sensitive to mother earth. Ebay started using algorithms to make decisions if an item was allowed. Hell, there was a point in time when simply using the word “Ivory” to describe a color would get an item bumped. You had to get clever to trick the machines.

In the last few years we’ve seen credit operations like CitiBank refuse to lend to manufacturers involved in the firearms industry. Most recently, a close friend in the knife business lost the company that was processing their credit card charges. The company found out they were selling “knives” which they categorized as dangerous weapons. On top of that, their local bank refused to process credit card for the same reason!

Back in November I made a sale of just over $700 to a customer in California. I usually take it upon myself to confirm the ‘ship to’ address is a legitimate address and not a warehouse. In January I received a charge back notice from the card company that the charge was made on a stolen card. To add insult to injury, my card processor charged me $25 to contest the charge back!!! I lost of course. I probably shouldn’t complain as a number of years back I got taken for over $2k.

The most recent FUBAR involved a box cover I purchased for my wife’s truck through Amazon. The cover left Illinois on 2/7/20 arrived in Minneapolis 4 days later. It then dropped off the radar for almost a week before tracking showed it was in California. It then went to Nevada, Colorado, Utah, Omaha NE before coming back to Minneapolis. UPS scheduled it to be delivered to me today, exactly two weeks after it shipped. In the meantime, I cancelled the original order at Amazon’s suggestion, reordered the same top and received it two days later. During this period of time I kept getting UPS notices that the package would be delivered the next day between 3-5PM.

I’ve been on the other side of these transactions and had knives get similarly ‘rerouted’. Its frustrating for all parties involved. I know.

Right now I’m seriously considering dropping our credit card processor and going strictly to PayPal or check/Money Orders payments only. I like the protection PayPal offers to BOTH buyers and sellers.

All of these bumps in the retail road just make online selling tougher and tougher. It’s one of the main reasons I really like selling at the shows. Not only do I get to interact face to face with the consumer, but we eliminate the payment and shipping issues. Technology is a great thing and I don’t necessarily want to go backwards but sometimes it seems like the more we try to simplify things the more complex they become. The more complex things become, the probability of failure increases exponentially.