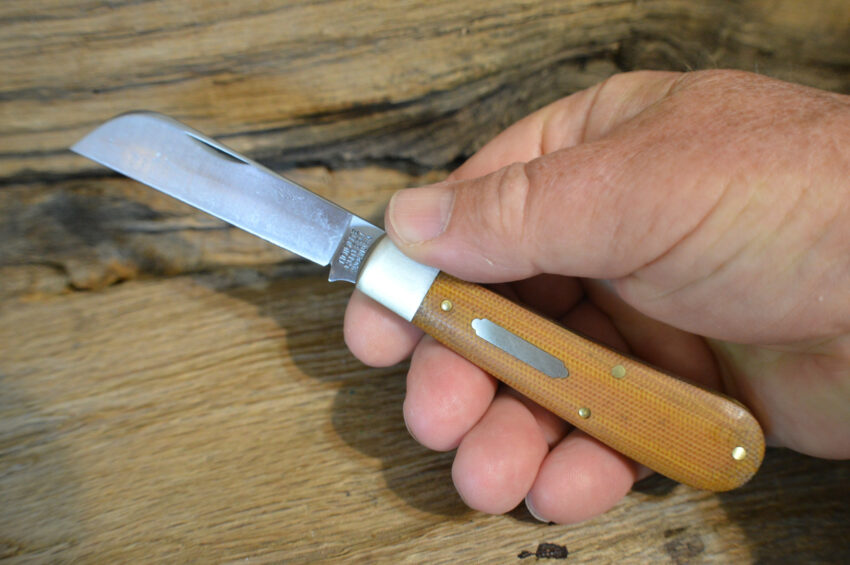 If you were a fan of the #47 Viper that came out a few years ago, you’ll definitely like the 93. It’s a very similar knife and a very practical pattern (if you use your knives). In fact, other then the blade and the lanyard tube, I think it’s a pretty safe bet as to the roots of the 93’s.

And there’s nothing wrong with that. Personally, I like both the Sheepsfoot and the Wharcliffe blades. They’re practical profiles, easy to sharpen and will do most chores I call on a pocket knife to perform.

One thing I’ll change on future releases will be limiting the quantity a customer can purchase. I had orders come in for as many as 12 knives. I reduced the quantities on these orders but was still pretty generous on what I allowed. In the future, I’ll knock that number down to 2.

This weekend I’m heading to North Dakota for a trap shoot / prime rib feed. I put together a team of six to hunt in an invitational benefit pheasant hunt each fall. At the banquet, they auction off the dinners and trap shoots plus give one team dinner away. Two years in a row we’ve won a dinner for the team. Pretty good pay off when you consider how much fun the hunt and banquet are. Looking forward to the trip!

Last weekend we headed to Iowa with a couple of friends that wanted to hunt fossils. There’s a shale quarry near my hometown that is nationally recognized as an incredibly rich bed of fossils.

It was so much fun we’re considering hunting for dinosaur bones next fall in North Dakota. If you’ve never done it, you probably don’t get it. Once you find a few fossils, it can get kind of addictive.