The Trestle PIne Buddy has been with me on all of my recent camping trips and I like it for a lot of reasons.  It’s light to carry, compact on your belt, perfect midsize blade for all around use to name just a few.

I’ve been bemoaning the discontinuance of Spyderco’s Mule Team Project lately and fortunately already have several of them with different blade steels.  On my recent field trip I took one along with the CPM 4V blade in a Dave Taylor Custom sheath.

A couple of years ago I tried out both the Maxamet and CPM 4V blade steel and beat the hell out of both on a piece of birch seeing how well the edge held up.  With the Maxamet  Rockwell in the upper 60’s range I’m always a little concerned with chipping with a steel that hard.  I performed incredibly well with the 4V coming in close behind.  This year I decided to put the  Trestle Pine Buddy up against the CPM 4V Mule Team.  While its definitely not an even comparison, it was kind of interesting. 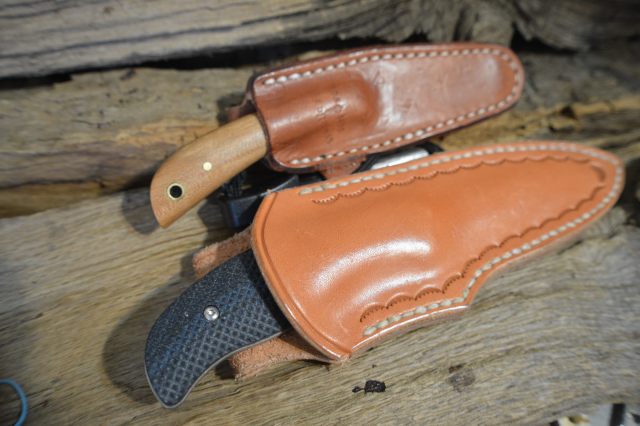 Comparing 1095 steel with CPM 4V, ….well, they don’t compare.  The convex ground 1095  blade of the Buddy takes a fantastic convex edge and holds up well under normal use.  Beating on a piece of birch like I did with the Maxamet will take the edge off fairly quickly BUT, it’s a whole lot easier to touch up then the Maxamet.  A smooth flat river stone will work wonders on 1095 when you’re out and about.  With the Maxamet, you’re gonna spend some time with that rock to get the same result.  And that’s the joy of 1095.

What I was interested in comparing was the ‘utility’ of both knives on similar jobs.  In the above pic you can see the Buddy has not only a shorter but also a slightly thinner blade.  Not so easy to see is the flat grind and bevel on the Spyderco and the convex grind on the Buddy.  The Spyderco also has a longer handle making for a bigger package to strap on your belt. 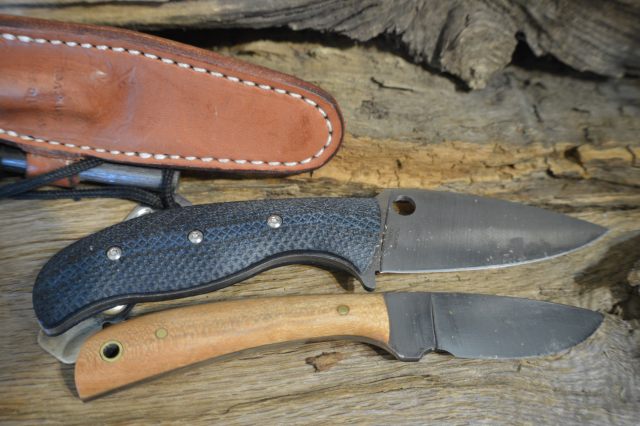 On normal cutting chores (paracord, food, etc) they two both worked great without a lot of difference.  The most noticeable difference came when I was shaving a fatwood stick. 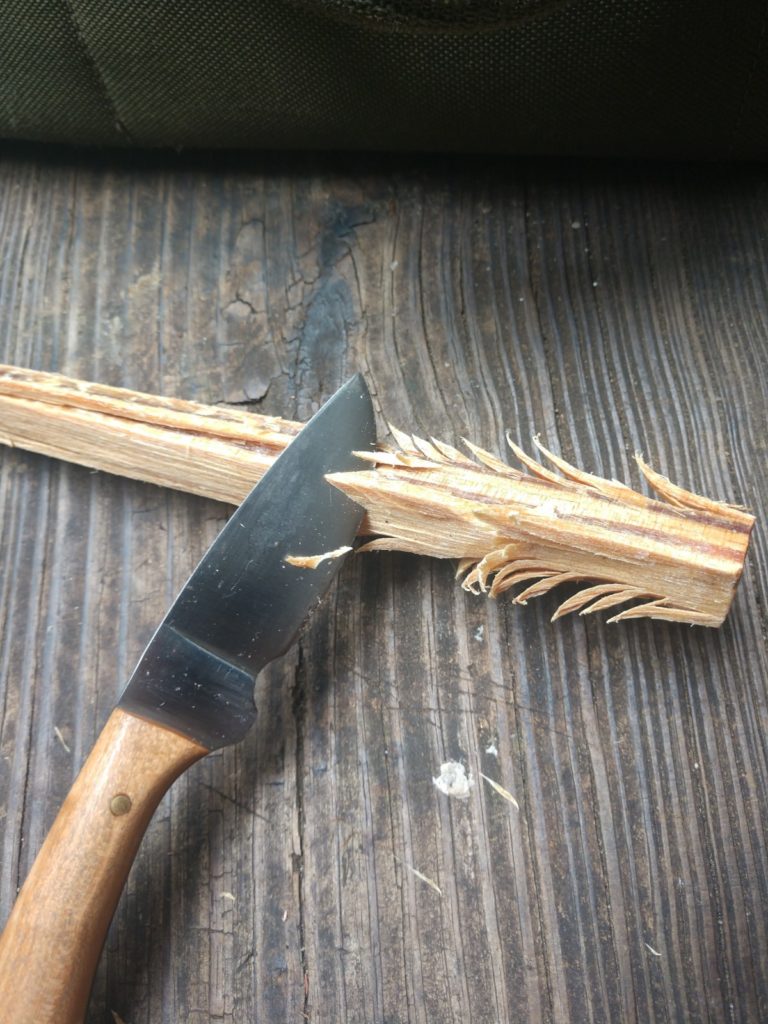 For years before the Buddy, it was noticeable that with this type of cutting my convex ground Bark River Northstar seemed to just want to cut deeper and deeper.  The same is true of the Buddy.  The flat ground Spyderco was razor sharp but didn’t seem to bite in the way the Buddy or the Northstar.  It has everything to do with the grind.

The convex grind works great on a thicker blade (in my experience) while the flat bevel works best on a thinner blade.  While the Spyderco is thicker on the spine its uniform flat grind tapers to a fairly thin edge.  The Buddy maintains a little more thickness as you approach the edge.  It’s always interesting how these subtle differences effect the performance of a blade.

I really didn’t use either knife enough to really evaluate the edge retention on both knives.  There’s no doubt the CPM 4V will hold an edge much longer then the 1095.

So who’s the winner?  I am as I own both knives.  I wouldn’t give up my Trestle Pine Buddy due to it’s size.  The Spyderco Mule CPM 4V is just a great no nonsense workhorse that can handle a ton of abuse and maintain an incredible edge.  There’s just so many great knives and so little opportunity to use them all.